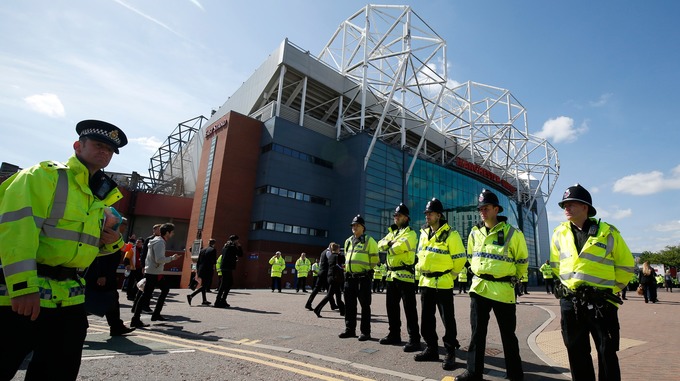 Although it was abandoned, last weekend’s match between Manchester United vs Bournemouth, still gave me entertainment: funny and witty football fans comments in Guardian.co.uk.
Here I hand pick some of them.. British jokes at its best! (Disclaimer: if you don’t get the joke, I don’t blame you, non-footy fans!)
1. GREATEST ACHIEVEMENT IN MUTD SEASON
Comments: “Lets not forget that United handled the entire evacuation magnificently. No panic, fans left in an orderly fashion and everyone got home safely. Reassuring.”
Reply: “Utd’s End of Season 15/16 Highlights DVD ‘Operation Old Trafford Evacuation – Our Greatest Victory'”
Another Reply (better one): “I saw several calm evacuations of OT this season…just usually in the second half.” LOL
2. SOMEONE’S GETTING SACK IN THE MORNING
Comments: “Someone’s getting the sack tomorrow morning then.”
Reply: “To be sacked:
– Most of the players except martial and rashford
– Van Gaal
– Giggs
– Rest of the coaching staff
– Whoever made the Chevrolet logo so big on the strip
– Security company
– Sniffer dog, as above
– Ed Woodward
– Glazers
– Fans
– Stupid announcer who kept telling people to wait in their seats for info, even though everyone read the match was abandoned
– Bournemouth, for their part in the farce
– Rest of the EPL, playing, coaching and admin staff for letting this happen, except Leicester who will compete in the SPL next year”
3. LOGICAL COMMENTS… FROM FANS OF BATMAN
Just to be clear. There was a training exercise four days ago. Since then either
(a) no one’s cleaned the bogs
(b) there’s been no proper security sweep at all or
(c) a and b.
If that’s how good the security is at Old Trafford, I’m surprised we didn’t see Bane appearing on the pitch.
4. AND FINALLY, MY FAVOURITE, A DIG TO MUTD LEGEND
Giggs gets home to his missus.
“Did you win darling?”
“Yeah, 2 – 0”
“Were you at the match?”
“Er..yeah…why?”
LOL