It’s 1st of April, but there’s no fooling around on our car free day (CFD) ride on Easter Day. We rode over than 33 km from our house to Petak Sembilan and Monas, before cycled back through Antasari.

Taking opportunity of a less-crowded CFD (it’s still a lot of people, mind you), we managed to arrive at Hotel Indonesia runabout and then, Petak Sembilan quite quickly.

Us in Hotel Indonesia rinabout with Asian Games counter – only 139 days to the biggest sporting event in Asia!

However when we arrived there, we were not really sure where to go. Yes, there was this “klenteng” (praying place), however as we were afraid to disturb the procession, we decided to explore some of the place’s narrow alleys instead.

Rafif with his bike and my Brompton at Petak Sembilan neighborhood

Then after a short ride, we stopped by at the fancy Pantjoran Tea House for breakfast. It is a nice heritage place which serve traditional chinese tea as its main serving. I wrote a dedicated post of the place here.

As you might read from my previous posts, Rafif is currently happy doing his toy photography stuffs. And this Sunday bike session gives him opportunity to explore different places which he can use as backdrop of his photo scene.

This time, Jakarta’s land mark, Monas (stands for “Monumen Nasional” or national monument) become the place for this. We spent about an hour in Monas complex, and I let him explore. I don’t mind though as I need time to rest, while eating my favorite bread from Delicious bakery, which I bought along the way to Monas.

Stopped by Delicious Bakery for my favorite banana-cheese bread. 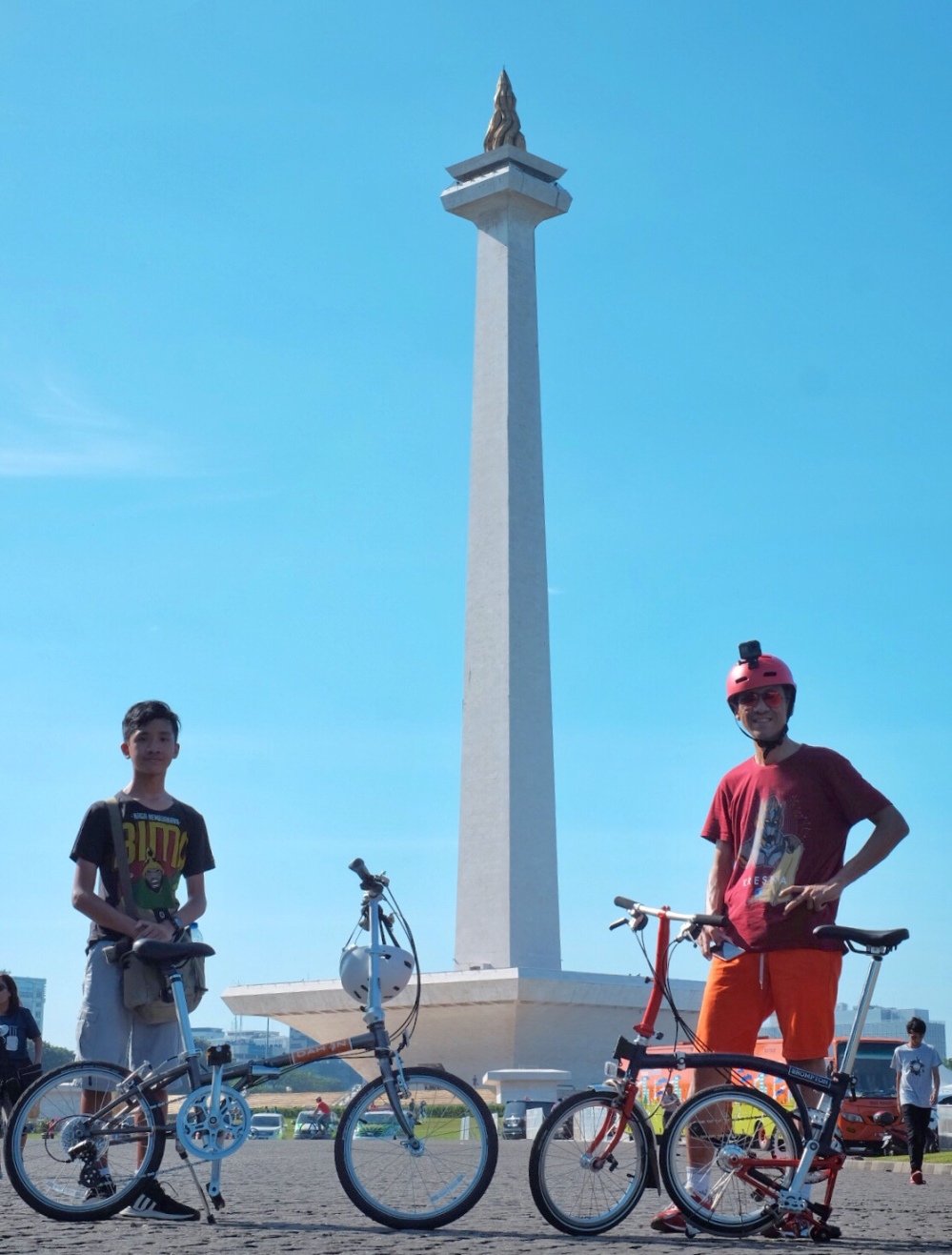 Our mandatory photo together with our bikes in Monas

Rafif with Monas, inset is his toy photography of his beloved Gundam RX-78

Finally, at 09.30 we cycled back home via Antasari. I don’t know if we’re already get used to this, as I didn’t find too tired for the whole cycling session, despite the fact we took less stops than our previous CFD session. Granted it was 8 km less than the previous ride to Kota Tua, but I don’t think it was much of difference. Alhamdulillah for another great CFD ride!

On our way home