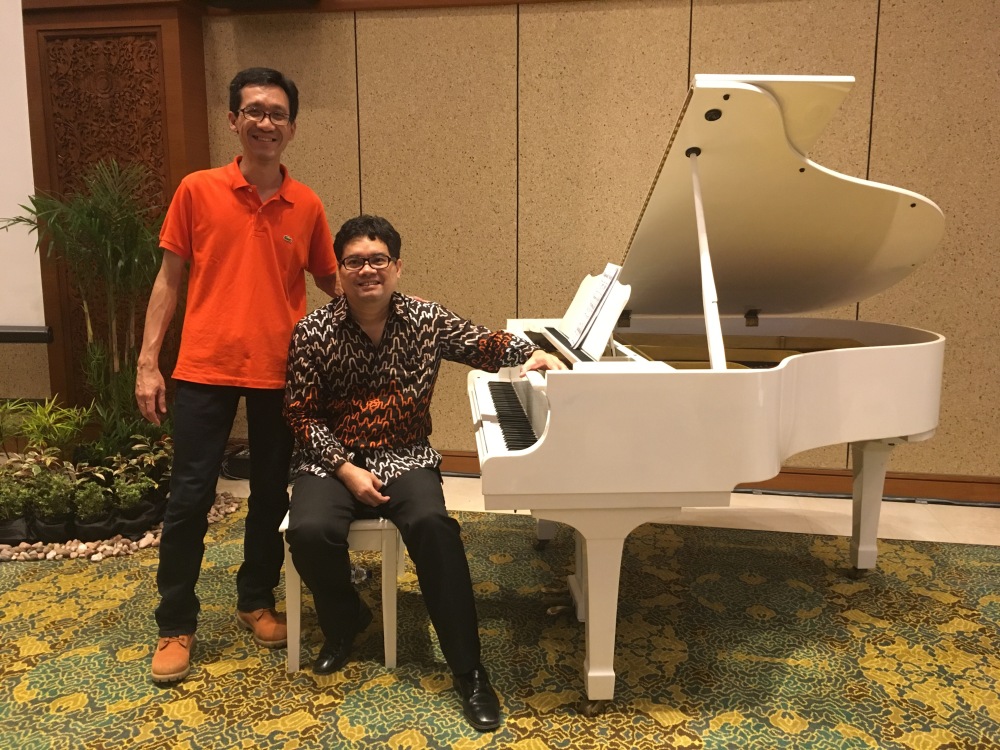 Such an inspiration. As an individual with Asperger Syndrome, he used his limitation as his strength, focused in learning and playing piano since age of 5.

His works at classical piano is now world renown. He is the only Indonesian listed in the book “2000 outstanding musicians of the 20th century” and “The International Who’s Who in Music” published by Cambridge.

He showcased in front of us his amazing talent in grand piano (who says ‘talent is overated’??), and played some of his composition mixing Indonesian folk songs and classical music. When he started playing his take on “O Ina Ni Keke” (Rapsodia Nusantara No. 8), I was about to cry. When he finished playing the song, the audience was on their feet. Magical.

It’s an honor for us to hear his experience (he is a good speaker too, btw) and got inspiration from this humble and amazingly talented man. Thank you, Mr Ananda. I am a fan.